This unit focuses on the ways in which propaganda messages are formed in various genres of literature. While most students recognize that media is a tool used for disseminating information, they tend to not regard genres of literature or art as influenced by biases. The selection of print and non-print texts draw students toward a better understanding of the methods that writers and artists use to address social and political concerns in our lives. Media today allows for greater participation and debate, but it can be overwhelming for students who do not have the critical skills yet to mediate all the information and opinions.

The texts in this lesson provide examples of differing perspectives, as well as the variety of modes of messaging available today. Students have the opportunity to reflect on authors’ intentions and motives; to read and listen to artists’ recordings of songs with varying tones; and to interpret visual messaging and tone in photography and art.

The 21st Century Skills framework is a complex system that incorporates content knowledge, specific skills, expertise, and literacies to create a cohesive system of student outcomes and support systems. The Teen Thoughts on Democracy program utilizes the Partnership for 21st Century Skills framework to further the skills cultivated through this progressive game-based curriculum such as critical thinking and problem solving, communication, collaboration, and creativity and innovation.

Download this user-friendly chart for detailed information on lesson components and how to access the lesson resources for Media theme.

Spin is designed to promote student reflection on the power of words and images by creating and altering meaning in a fictional narrative. This fast-paced, small group story-telling game provides students the experience of “spinning” a story in different directions to convey diverse storylines or viewpoints—much like it occurs in print, broadcast, and digital media today. Visual, verbal, and image-based reading skills are put into play during the game, enabling students to gain a better understanding of how words and images may be manipulated to promote a particular interpretation of an event or to advocate a social, political, or governmental agenda.

In SPIN, players take turns crafting a cohesive story using random images and words drawn from a deck of cards. Opponents may foil one another by playing a Spin wildcard that requires the previous player to spin the story in the opposite direction! This game is intended to be fun and fast-paced.

Detailed Teacher Instructions are included in the Spin game materials below.

The Grapes of Wrath by John Steinbeck (1939), or dramatic adaptation by Frank Galati (1988)

Not much more can be said about the excellence of Pulitzer Prize winner John Steinbeck’s writing or his novel, The Grapes of Wrath, but if time or accessibility is an issue, consider Frank Galati’s adapted dramatic play of The Grapes of Wrath. Galati won a Tony Award for Best Play for his adaptation.

Artists and designers have long responded to social and political events to express their personal feelings and opinions or to promote the agenda of the media, a political movement, or other organization. Often these images have addressed the rights protected in the U.S. Constitution, such as the freedom of speech, the right to a fair trial, or the right to organize and appeal for legal change.

An event that began in 1930—known as “The Scottsboro Boys Trials”—was just such a provocation. Reflecting the racial injustice common in the United States at the time, the case was often sensationalized in the news media and was adopted as a cause for change by the International Labor Defense (or ILD, which was founded by The Communist Party USA in 1925.) The focus of this lesson is on a book entitled Scottsboro: A Story in Block Prints, which is part of The Wolfsonian collection.

Depending on time, you may choose to focus on either the whole book of linocuts or select several images to use in the lesson below. They may be downloaded and printed out or projected for a group discussion.

NOTE: Use the second question to prompt students when they do not provide evidence for their reasoning; for example, “What do you see that makes you say that the man looks sad?”

After this discussion, IF students request more information, you can provide some historical background on the creation of these linocuts.

North and South by Elizabeth Gaskell (Pages referenced refer to the Penguin Classics edition, however the text is also available online through the Project Gutenberg)

Set in England, this powerful Victorian novel explores the Industrial Revolution and the relationship between the master and the hands (those that run the factories and those that labor, sometimes giving their lives to the factory work). The novel also explores issues of class hierarchies and expectations, and gendered roles in society. Elizabeth Gaskell does not point fingers or tend toward bias, as she honestly portrays the varying roles the unions, the factory owners, and the workers play in the machine of society.

What does Thornton believe about capitalism and the opportunities of men? Explain why you may or may not agree with Thornton’s statement that, “a working-man may raise himself into the power and position of a master by his own exertions and behaviors...” What is Margaret’s response to Thornton’s discussions with her father?

Describe Betsy’s ailment and what has caused her sickness? What does this mean figuratively and literally about some of the factory workers?

This three-part writing exercise demands the student answer the same question from the points of view of three different characters.

Read and share the students’ writing and discuss the different perspectives, the changes in tone, diction, and rhetoric. Explore closely how one scene or scenario can be described differently depending on an individual’s (or character’s) point of view.

Discuss and analyze with students how this chapter is a climatic scene for the owners and workers; Margaret and Thornton; and Margaret and Mrs. Thornton.

Paraphrase and restate Higgins’s statement about the unions.

Discuss with students how far Thornton’s ideas on the relationship and independence between the owner and the workers have moved.

PDF for Lyrics to Bruce Springsteen's "The Ghost of Tom Joad"

“Ghost of Tom Joad”, Rage Against the Machine. 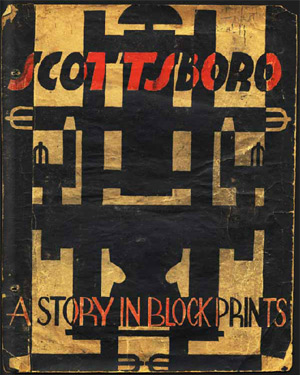